ALMA gallery is proud to present the solo exhibition of Greek artist Eleni Zouni showcasing new and recent large and medium scale works as well as smaller drawings. Zouni’s practice embraces the qualities of some of her most favourite mediums such as ink and charcoal on paper and canvas. For her, each individual surface is able to be transformed into a distinctive landscape of undeciphered notes, thoughts, dreams and cognitive calculations unknown to us.

The visual lexicon of Zouni receives its inspiration from an ongoing philosophical quest and exploration of the inner self and the ways the subliminal mind collides with fragments of reality. For Zouni, every work is a process towards the reflection of the current self, an echo of what surrounds us, of what invades our very own present.

Zouni’s modus operandi conveys a sense of mystical and spiritual power. Her creative aptitude aligns with a hyperconscious meditational path that she engages with every time she is in active dialogue with her canvas. Her works are a bricolage of noetic data, an archiving of quotidian introspection, all elucidating an abstract proposition for a secret formula of existence.

At the same time, the occult character of the works on view evokes a world that someone could easily place somewhere between the domains of science and religion. It even reminds us of arcane and cryptographic notations from early ‘sciences’ such as alchemy and astrology. All being segments of the artist’s creative flair, letting her subconscious navigate the fluidity of her gestures, the result is an anthology of mesmerising perspectives collapsing into each other and merging into a single entity, a single unified body.

The succession and the recurrence of symbols, equations, geometrical patterns and other structural elements, generate a model of a coded pulse, an irrational multi-layered polyrhythmic score, a heartbeat of a living organism. Breaking the boundaries of conventional linguistic rules, the artist reimagines the self-portrait of life and channels the mental and corporeal connection amongst humans.

But Zouni is also interested in the multifaceted mechanisms we all develop in the course of establishing an interdependent relationship with nature and how we can all co-exist and benefit from one another. The sea, the sky, the wind and all those natural phenomena that define the Earth and, consequently, us humans, all become paramount constituents of a perpetual cycle, where everything and everyone is inevitably interrelated. Mindscapes is a testimony of appreciation and gratitude for existing, simultaneously conjuring a realm of deep esotericism. It is where time, space and emotion continuously shuffle crafting a symphony of ethereal serenity, ultimate harmony and equilibrium.

Eleni Zouni (b.1954, Piraeus, Athens) studied graphic design at the Vakalo School and painting at the Athens School of Fine Arts. She lived and worked in Barcelona between 1984 and 1986, and from 1989 to 1994 in Utrecht and Amsterdam.

In 2009-2010, she undertook a postgraduate course in Visual Communication at the University of Derby – Vakalo Art and Design College. As part of her research, she delved into the dialectical relationship between writing and painting. Her book Where Does Painting begin? Where Does Writing Begin? was released in 2010. She lives and works in Athens. 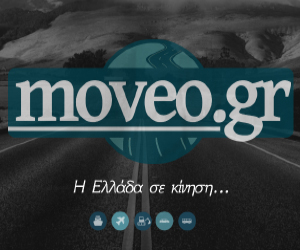