Αρχική ΠΡΟΣΩΠΑ ΑΠΟΨΕΙΣ Is Contemporary Art real art? Or is it only public relations?

Now that’s a topic that has sparked quite a lot of controversy in the last decade. It’s a debate on whether Contemporary Art is even “real art”, or simply subtle Public Relations. Today, I will give you the Truth. Real, original Contemporary, and Conceptual Art, is alive and well out there. There are very important Contemporary artists globally, who have already given so much to the Art scene, and continue to do so, making and changing history.

But why is the quality of Contemporary Art under such negative light? Well, for starters, it’s admittedly hard to understand. Even more so Conceptual Art. Αn outstanding example, Marcel Duchamp’s notorious artwork, the Fountain, which caused such intense controversy at New York’s MOMA; indeed, it marked a transition. Through its humble simplicity, a message loomed a revolutionary idea that changed the course of history and transformed a mundane, lowly object into an original and unique work of Art.

But decades later, the audience keeps recycling the same old quote: “My son could have done this!”. Well, he didn’t. During my 20 years of experience in the field of Contemporary Art, I have lost count of the times I’ve heard that “witty” remark. I finally realize that it all boils down to a misunderstanding.

Modern Art is usually confused with Contemporary, even if it precedes it by a century, and to be honest it doesn’t help that the words are synonymous.

A rule of thumb is that Contemporary means the art of Today, of Now, of our lifetime. It’s actually easy to distinguish because it is diverse in all aspects, from materials to concepts and forms. But, these are hard to digest and make peace within reality, because it isn’t simply a beautifully painted scenery, a stunning seascape, or any striking portrait. Impressionism is easy to love, easy to understand.

Contemporary means the art of Today, of Now, of our lifetime

Nevertheless, the matter of starting the dialogue is a necessary step and duty for Museums, Galleries, Curators, Collectors, and so on, before it finally reaches the masses. This is why Personal Relations are very much essential because they bridge the worlds of marvel and creation between the creator and the spectator. Distinctively, Alexandros Iolas was an international Gallerist and contemporary art collector who utilized his knowledge and influence through public affairs, promoting rightfully Contemporary Art to the public. The artist’s job is to create, not to promote, so professionals like Iolas are imperative cogs in the perpetual machine of the Arts.

I can’t pretend that the evolution of the Internet has not played an important part in the controversy, as helpful as it is to broaden horizons and open doors to new works and styles

I have been around the field long enough to acknowledge that Galleries, Museums, and Auction Houses do indeed favor specific artists, mostly Americans and British, whose work sometimes doesn’t correspond to a level and value analogous to the high prices of PR and their huge visibility.

International Greek artists such as Theofilos and Halepas were victims of bullying and mockery, labeled as lunatics by their own inner circles

I can’t lie and deny that some artworks are inexcusably overpriced. I can’t pretend that the evolution of the Internet has not played an important part in the controversy, as helpful as it is to broaden horizons and open doors to new works and styles. I can’t dismiss the suffering of artists globally, and neither should I. They have been ridiculed, dismissed, scorned, and taunted.

International Greek artists such as Theofilos and Halepas were victims of bullying and mockery, labeled as lunatics by their own inner circles. Even recently, and despite the gigantic evolution of the Arts, globally renowned artists such as the sculptor Takis and Jannis Kounellis have suffered the same irony and criticism. Their works though, forever immortal, can be found comfortably in some of the greatest Private Collections worldwide; in some of the most distinguished Museums. That did not happen by chance, of course.

Takis was “christened” by Iolas, who saw his vision and believed in the passion of his creations. It’s truly monumental when two forces join ventures on a mutual dream, one which will affect countless viewers in the grand scheme of history.

Thus, it’s only natural that artists cannot truly succeed without solid Public Relations, or if they don’t trust the Gallerists. It’s a double-edged sword; On one side, (where nepotism has deep and solid roots), connections are the key.

Art is alive, it breathes and abides by time and cultures

On the other side, talent prevails. True success entails both sides holding strong, because you can’t get far on networking alone, but you also won’t get anywhere if your name isn’t solidified. Like most things in life, Art is a complex matter, merging business with vision, steadily balancing ideals and progress. Art is alive, it breathes and abides by time and cultures. No wonder that controversy and debates rise higher in countries with shorter contact and experience in Contemporary and Conceptual matters. But there is also controversy in the initiated audience as well, for they are aware of the pseudo-technophiles and the markets. This creates a cloud of doubt as to what truly qualifies as “art”.

Contemporary Artists have plenty to give, they have opened the gates before and are still not afraid to push boundaries and test limits. They accept the challenge and challenge the acceptance, for they simultaneously flow harmoniously within cultures, yet object rebelliously to the rules.

Contemporary Art is most popular, considering this year’s list of the 10 most expensive auctions, according to Artnet.com, the leading art market website.

But Artists are not invincible beings, they need support and guidance too, and that’s where PR comes to play its part. The balance is crucial, for everyone benefits of it: critics, curators, auctioneers, and most importantly, artists and the audience. And despite the debates and doubts, apparently, Contemporary Art is most popular, considering this year’s list of the 10 most expensive auctions, according to Artnet.com, the leading art market website.

What is seldomly said though, the biggest truth of all, is that the weight falls on the audience’s shoulders. If the audience is informed, they will not easily fall for Marketing tricks, so I urge you, give yourselves the opportunity to discover, to learn, to fall in love with Contemporary Art. Take some time to visit a Museum, to open a dialogue, to read and marvel on artists and their creations; let yourselves wonder as well as ponder.

A snippet of the poem by Takis’ close friend, contemporary poet Sinclair Beiles, written for the Art Worker’s Coalition, June 1969

*Menia Kouli is the Director of Public Affairs of takis foundation 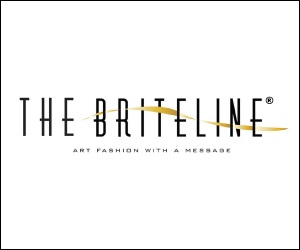